Carlos Durães managed to lead the final from the very first lapto the end. 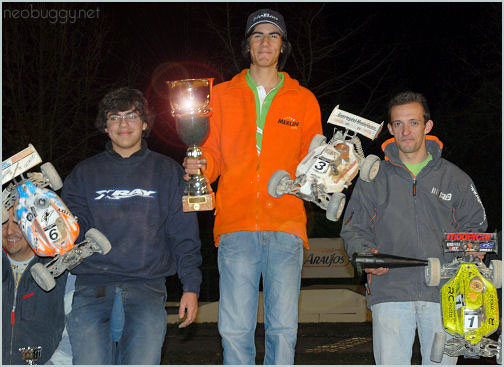 After 30 minutes of the A Final, Durães was leading the race with 2  laps over the second , Ricardo Monteiro.

Behind them, a tight fight for the third by Gabriel Magalães and Nuno Casal Ribeiro.

With just 4 minutes lefting, Carlos Durães broke his shock shaft and had to made the 4 min of the race with only 3 shocks. He lost only one lap with second classified, R. Monteiro.

Info and Pics from  Neobuggy.net