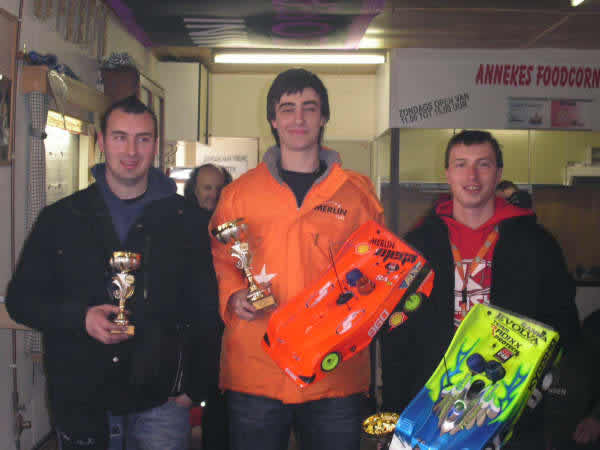 Robin D’Hont reports us about the 1st. round of Beligium Nat. Championship, where he took the victory.

This victory, is a great starting point for this season to defend his 2007 Champion Title.

A tricky race with rain for the whole weekend. This is what Robin is reporting;

“The first round of the Belgian Championship was held at the rather small and very technical track of Houthalen (Limburg). Weather forecast was not as a normal racer would want it to be …

And special thanks to my 2 mechanics, my dad and Lode for the fast refueling and tire stops!“

Thanks to Robin for his chronicle and congratulations for the victory.