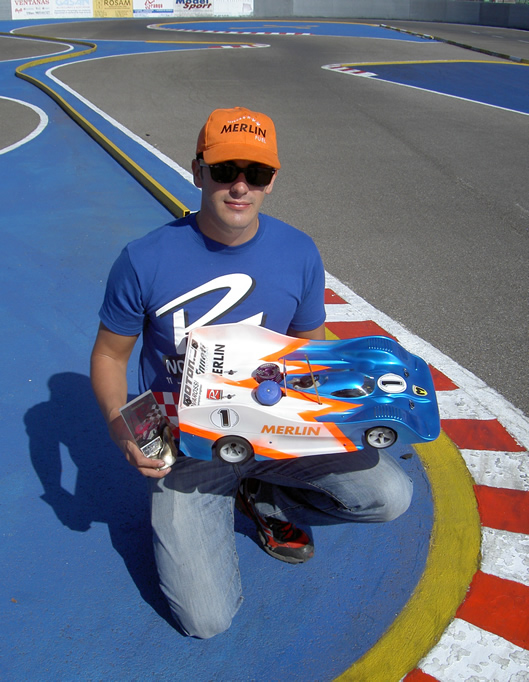 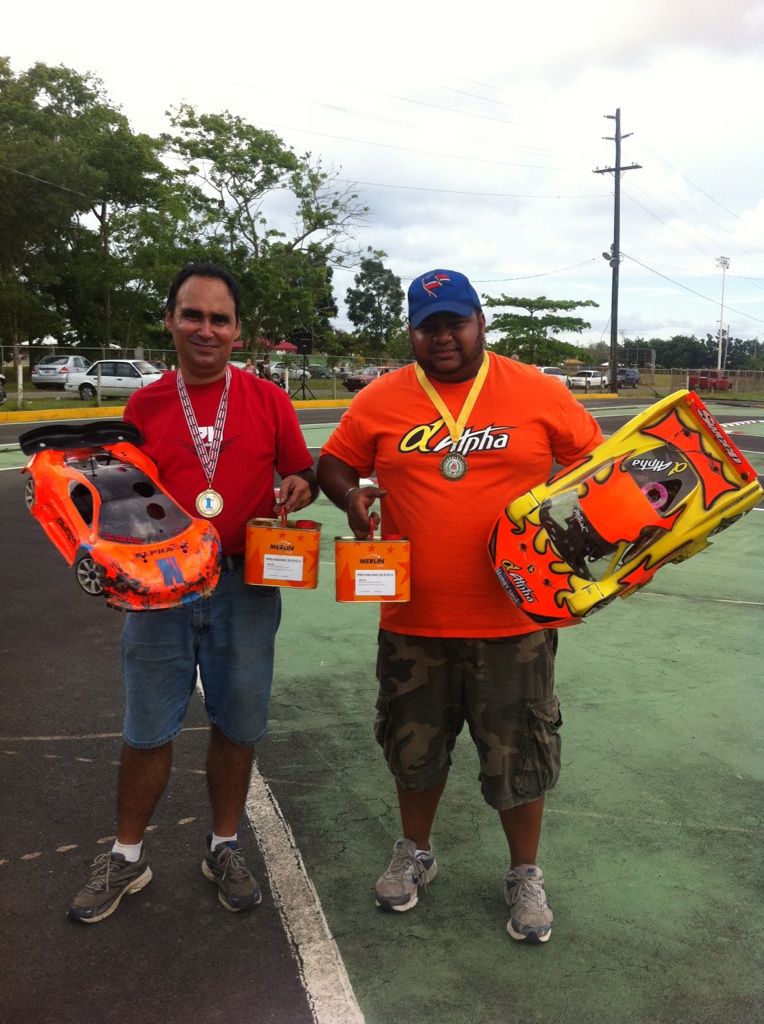 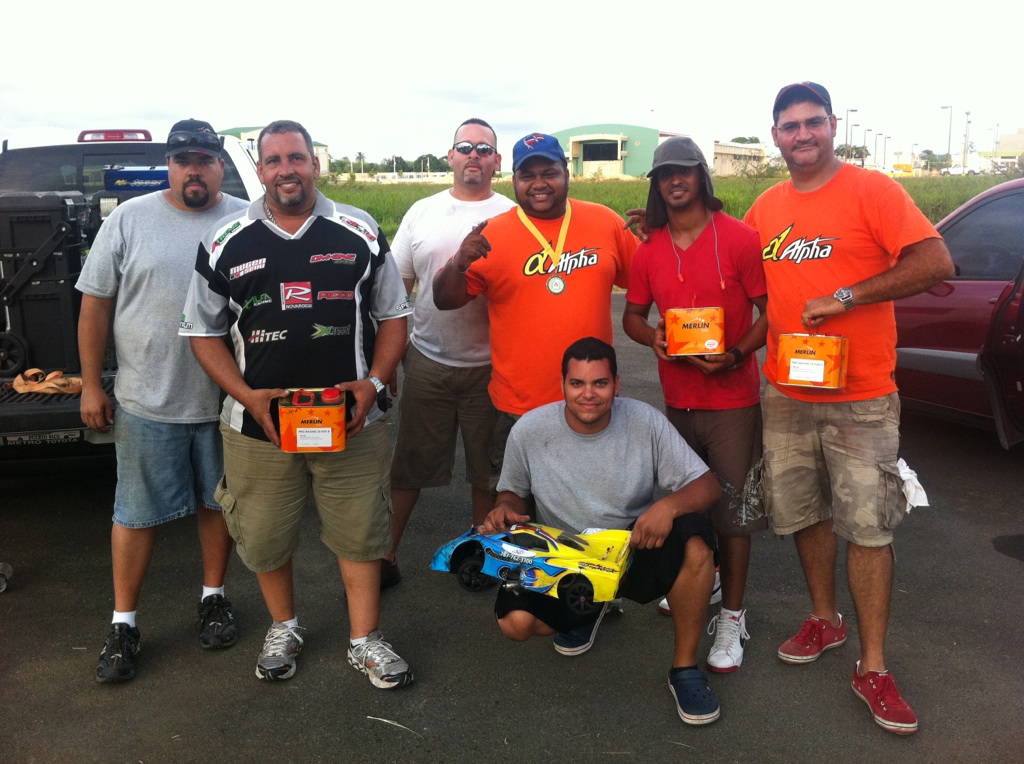 The second Round for Spanish Nats 1/8 On-Road was held in Elche track, in Alicante area, managed by Club Carsol

Was a hard race, with temperatures over 35ºC, 50ºC on the asphalt and a high relative humidity. A hard test for engines and fuel.

Elche track is small, but really fast. Laptime is just about 12 seconds.

After winning the semi-final, Cabezas kept the first place during almost 30 minutes, closely followed by Sergio Montensinos, who managed to took the first place in the tire change.

Oscar took again the first place after a few laps. A few laps later, Montesinos had glowpug failure, and Cabezas, who was driving with no brakes after a crash with Montesinos could set a comfortable and safe pace to finish the race in first position. 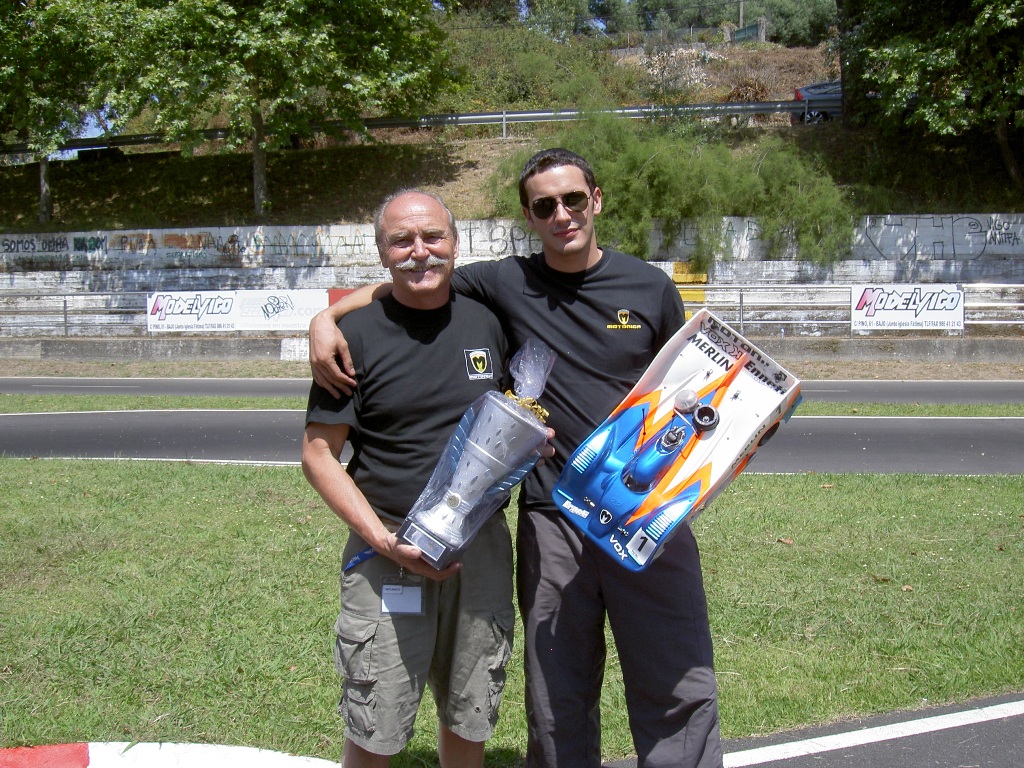 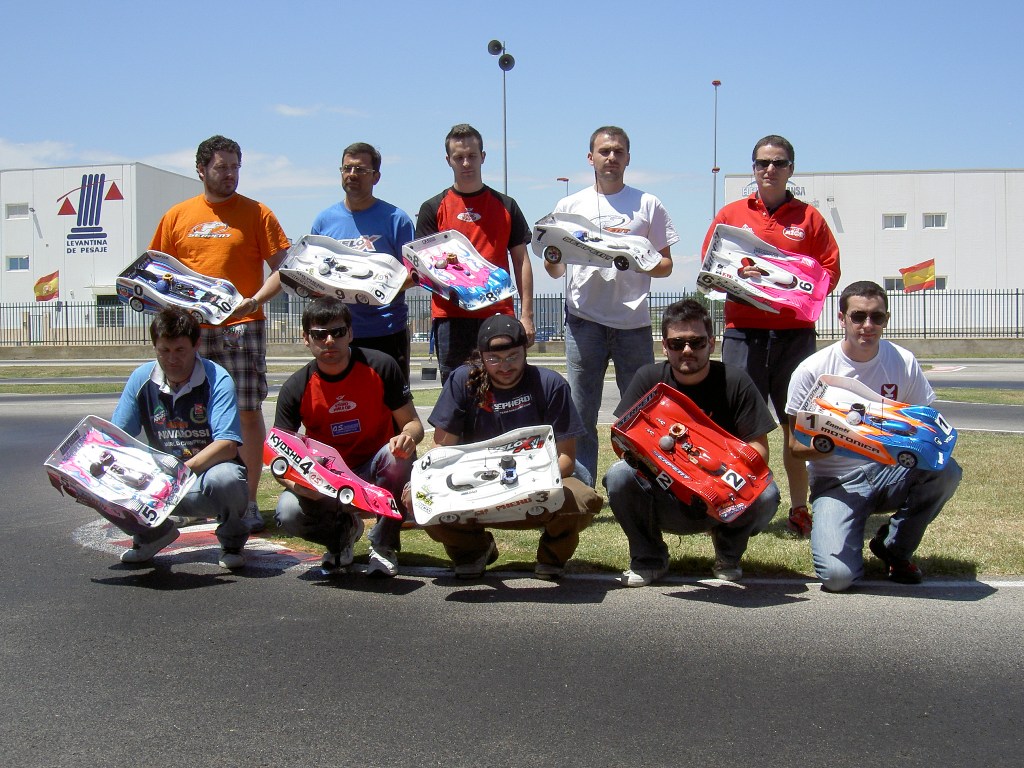 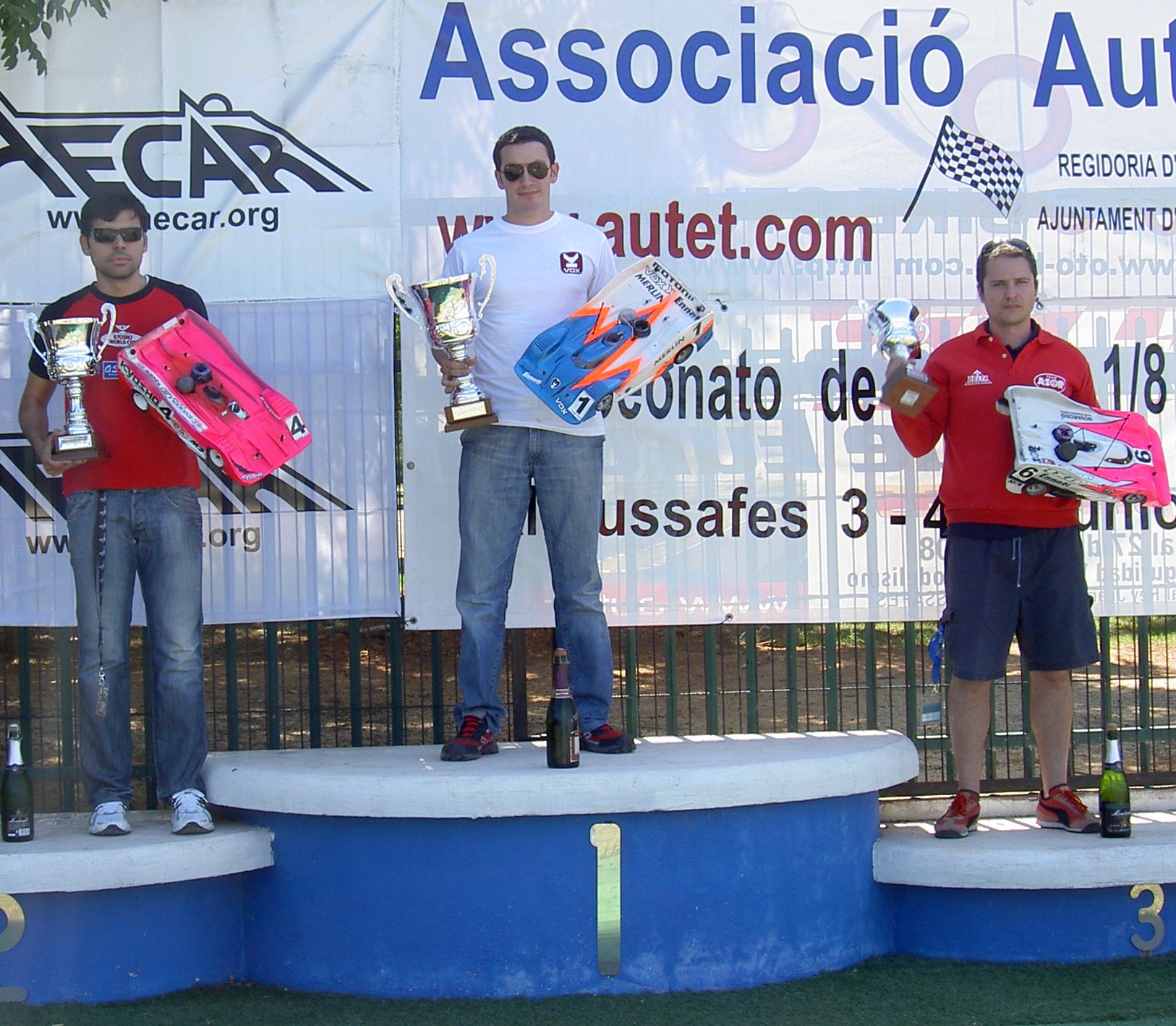 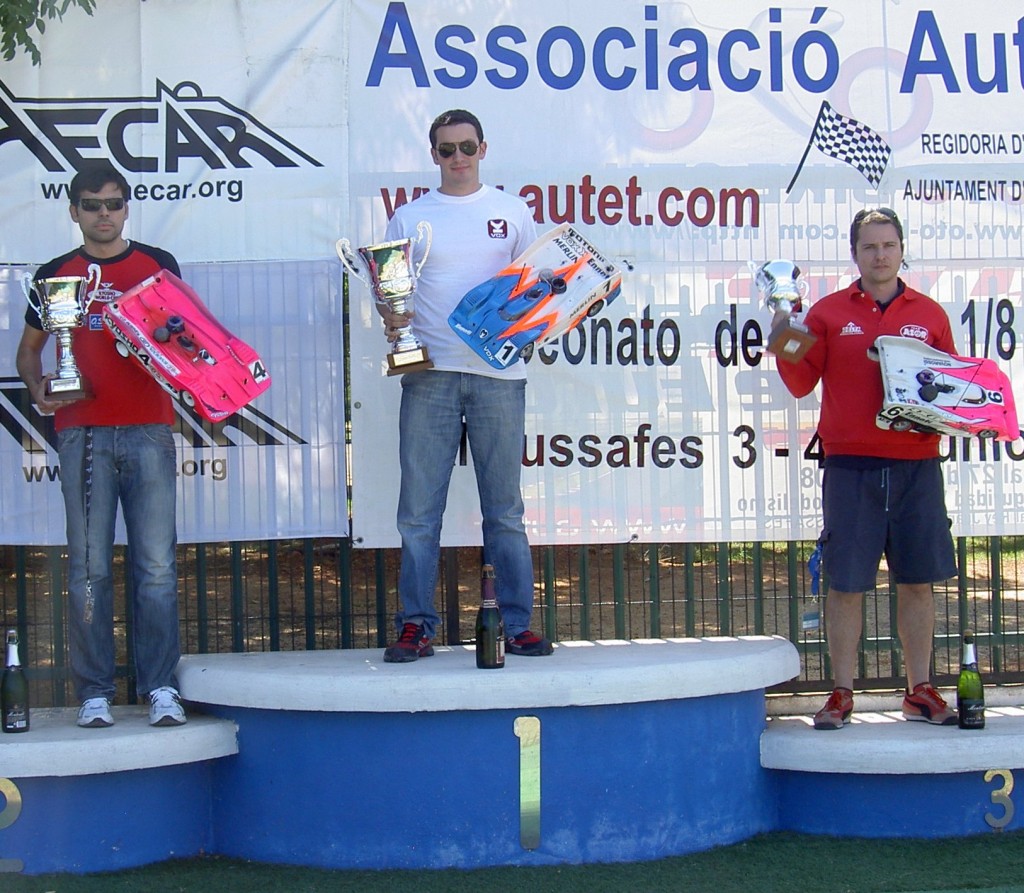 The first Round of 1/8 Spansih Nats took place last Sunday at Parla track.

This season is introducing some elements, like the strict tyre control and the mysterious «electronic nose» A kind of chromatography device, designed to reveal any tyre additive. 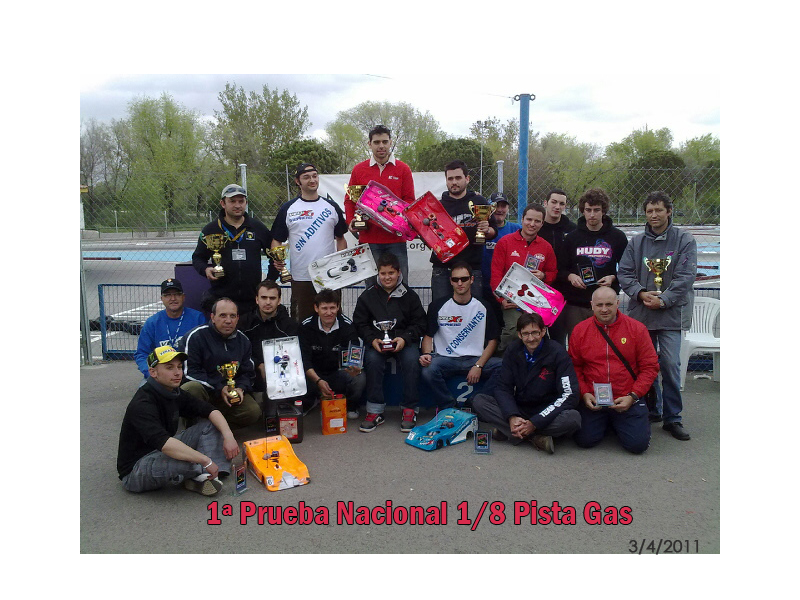 Oscar Cabezas, Iñaki Pahissa and J. Porcar will fly this week to Miami to joint the IFMAR 1/8th WC. Good luck to all them. 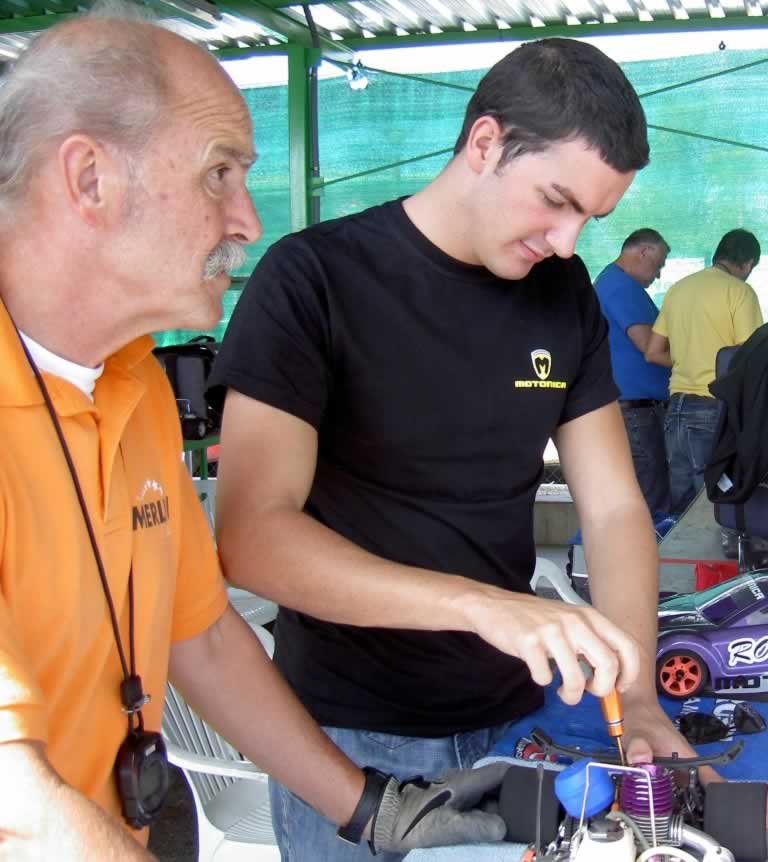