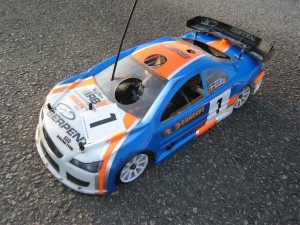 Saturday saw four rounds of qualifying first three dry ones in good weather and the last fourth one unfortunately rained out with some light rain in the afternoon. Qualifying went very well for me as my Serpent 720 with a RB T9 engine worked perfect, I could put a new lapreckord and take TQ with a 7 sec margin to second placed Edwin Sunesson running a Xray/Sirio, 3:rd was Markus Hellquist with his Kyosho/Orion car. TQ in the 1:8 class was taken my Magnus Bengtsson running a Mugen. 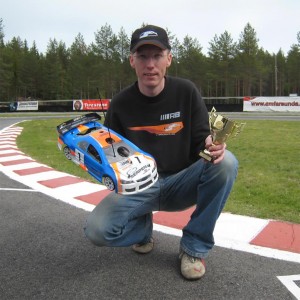 Sunday was final day and the weather was pretty good around lunch time, I got a clean start and starting working up a good lead to the others, at the end of the final I could drive a little slower to save the tires for the end but doing this I lost some concentration and made some driving errors so I decided to push some more again to get the focus back. After 45 minutes of racing I could score my first win of the season, it felt nice! I won two laps ahead of young Markus Hellquist and 3:rd position a few laps behind went to my good friend Thomas Livbom, all three of us live in Vaxjo in southern Sweden racing for the same club so that was very fun too!
In the 1:8 class Stefan Andersson won the final with his Serpent 966 car, well done Stefan!

I would like to thank the local club in Årsunda for hosting a nice race.
My next race will be the 3:rd round of the series in Gothenburg Sweden the first week of June, this race will also be the Nordic Championsships attracting fast drivers from both Sweden, Denmark, Norway and perhaps Finland. 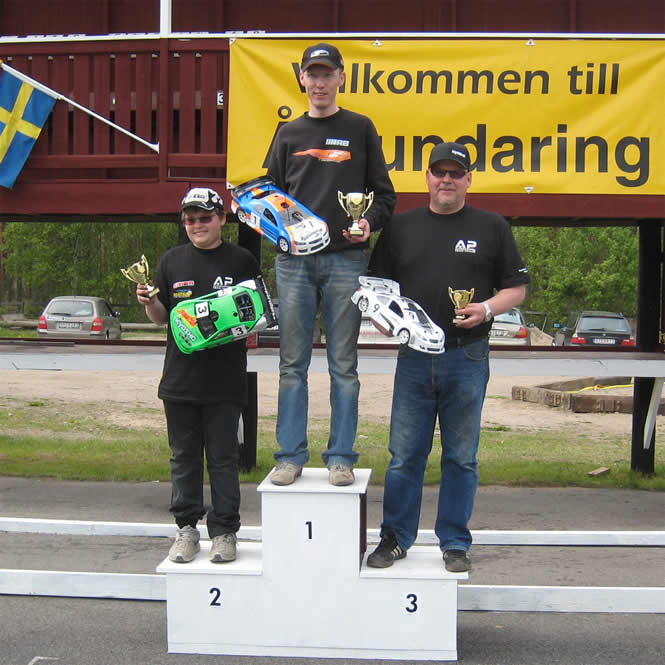 Thanks to my sponsors for their great support:
Serpent Motorsport, RB Products, Merlin Fuel & GQ Products.

Thanks to Peo for the report and congratulations for the victory!