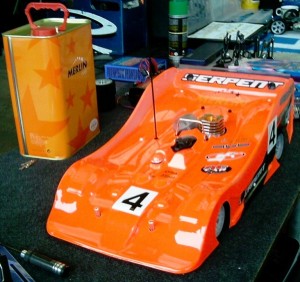 On Sunday morning the first qualify came, and checking the lap times of the lower heats I saw that the track was faster than the day before. The car felt like a train on rails and the engine was a rocket. Like I said the track record is 12.8 and in this qualify I drove a 12.858, sadly however none could tell me the last 2 digits of the current track record.

The second qualify both Ilia and me had a 7:04, Rick made his time better by 2 seconds and John hit problems. Results after 2 qualify’s:

In the third and last qualify I was able to better my time by 0,3 seconds which was still 0,3 seconds to slow to have TQ in the final. So results after the 3th qualify and hereby the 4 direct qualified:

The final was completed by 3 persons from each half final. Which where: Gunther van Staey, Michiel Renting, Peter Ceyssens, Jordy Blok, Stefan Koenders, Tim Bosmann.

In the start of the final I could jump to first place as Ilia had a rough start. But soon he joined me just behind my rear tires and away we went from the pack for never to be seen again. In the first half of the race we were changing places a lot… sometimes we even past each other 2 or 3 times in 1 lap! I think we both could feel the eyes of the spectators, sometimes I even heard the people around the track yelling when it got really close.

And the fighting continued till Ilia made his tire stop first, 4 minutes later it was my turn to change tires but at least I had 4 minutes to get heart rate down again.

Tires on and out the pits I went, next to an orange car (Ilia off course) we went side by side onto the straight, but I wasn’t counting on having so less steering with the big cold tires so Ilia could take first position and could slowly pull away from me as I was getting used to the fresh tires.

I was about 10 meter behind and as hard as I was trying to close the gap I wasn’t getting closer.

The second from last pit stop Ilia had to make a Stop and Go for refueling over the line, so he thought it was over and out … until after the last pitstop I suddenly heard “Car 2 stop and go bad refueling”.

That’s me…  fast into the pits, stop => GO, I could come on track in front of Ilia with a small gap between us, Ilia was pushing hard to get it close and he got it close. We finished over the line 0,3 seconds apart. 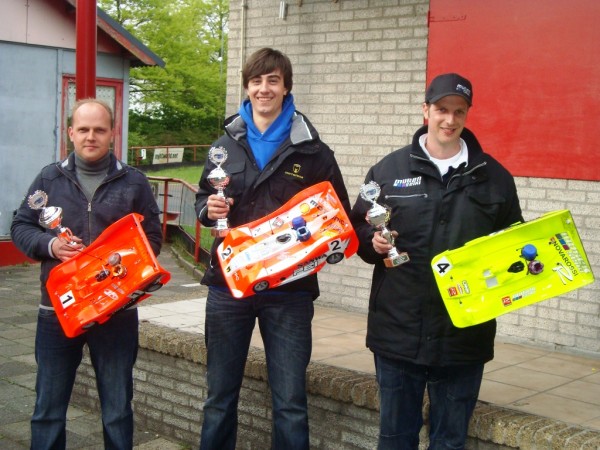 And special thanks to my mechanics My Dad Rony D’hondt and Lody Haling for giving me the bit more advantage in the fast fuel stops and tire change.